This study wanted to reconstruct the discourse of human rights which focused on
the issue of freedom of religion/belief (FORB) in Indonesia. This topic always
has an appeal considering the development of Islam, both as a phenomenon of
religion as well as social and political phenomenon, always in touch with human
rights issues. For the majority, Islam is involved in human rights discourse needs to
be viewed as a natural thing as it also occurs in the majority group in other
countries. The natural state is increasingly gaining affirmation when also considering
the doctrin of Islam which is also related to human rights. So the involvement of
Islamic parties to human rights talks in Indonesia is not as excessive when considering
the sociological position and character of Islamic doctrin. But because of who made
the object of conversation, namely human rights and particularly freedom of religion
or belief again, not something that is taken for granted, then the diversity within
Islam itself impossible can be avoided. In this study the diversity of views presented
in the trial which categorically can be grouped into two views, namely: inclusive and
exclusive. 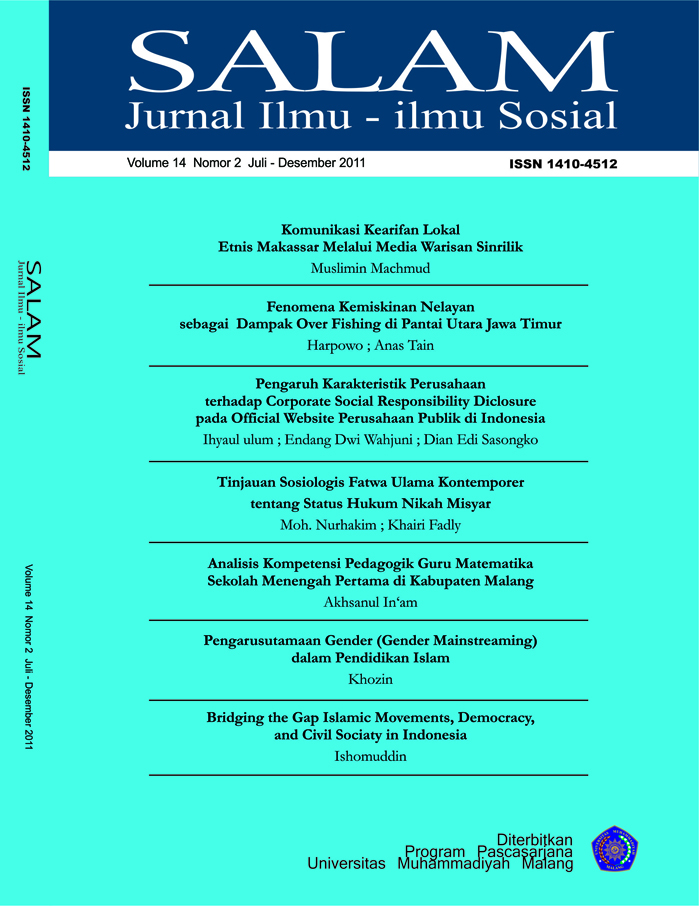