The publication of the first issue in 2013 marked the milestone for Jurnal Ilmiah Psikologi Terapan (JIPT). JIPT was publish under the responsibility of the Ni'matuzahroh, S.Psi., M.Si., and Zainjul Anwar, S.Psi., M.Psi. as editorial team under the supervision from Dra. Tri Dayakisni, M.Si., as the dean, both of whom are lecturers from the Faculty of Psychology, University of Muhammadiyah Malang (UMM). Initially, the idea to accommodate scientific research articles in JIPT was initiated by the discovery of a large amount of unpublished scientific articles by lecturers and students from the faculty of psychology UMM.

Previously, most of the manuscripts were written by the Psychology lecturers to disseminate research and community service reports. Since then, it has developed to publish scientific articles by alumni, authors from other universities, and other professionals in the field of psychology.

JIPT publishes 2 times in a year at January and August. The current Editor in-Chief of JIPT is Dr. Latipun, M.Kes.

The recent change was made to the JIPT's template since January 2019 Volume 8 Number 1. The template's front page included a more sophisticated design, subheadings for abstract and an adjustment to the heading. The font was also altered to a more clear and readable type of font.  The new editorial boards have been introduced in the middle year of 2019. Furthermore, several new reviewers are appointed for the Volume 9 Number 1 and onward. 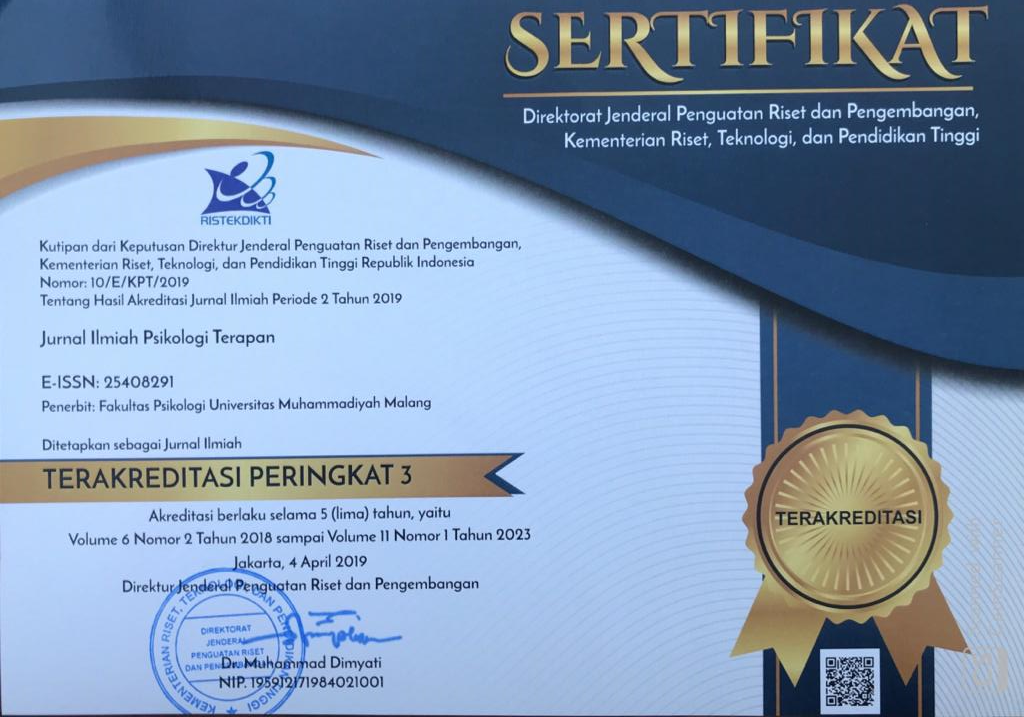